I had to steal this from

karaokegal. I cheated a little and I make no excuses.

I might hate her now, but I cannot deny that Sydney Bristow changed my life. 'Alias' was my first big leap into fandom and the show that got me interested in television production. I still love season one and season two; that Sydney woman will always be my idol. 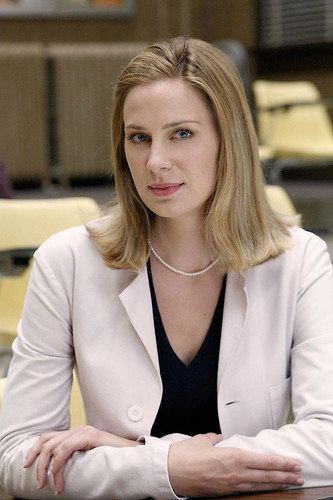 Holy Crap, she blew into the House universe like a breath of fresh air. She was strong and empowered in ways Cuddy could only dream. She was ruthless, but not soulless. I loved her. I cried when she died, and to be perfectly honestly, I haven't really liked the show since she left. I miss her terribly.

Half of the characters of the list wouldn't exist if it wasn't for Ripley. And she saved the cat -- bonus points like woah.

One of the strongest woman in all of comics! *Flails*

Greek Mythology meets Superheroes. Do I need any more? Nope!

03. Every Role Katharine Hepburn Has Every Played

If I had to pick, I might go with Tracy Lord. But I'm not picking. This woman is my Idol. If I grow up to be an eighth of the class act she was, I will be happy.

Disclaimer: Bob Kane created Batman. "Batman" and all of its titles are owned by DC Comics and Warner Bros. Warner Bros and Kripke Enterprises own the rights to "Supernatural." Kris Allen wrote the music and lyrics to "I Was Played." I am not affiliated with any of these fine people. This is solely for fun and not for profit.

Author's Note: Okay, so, uh, where to start? I love Kris Allen. A lot.

destinyawakened totally indulged me and made me a Batman video to a Kris Allen song. And then she threw in Dean just because, duh. Dean is awesome. The project developed a life of its own. I decided to write a "screenplay" for the video. Hence why the fic is in screenplay format and not straight-up prose. I hope you enjoy it as much as

Okay, seriously, if you don't watch American Idol or fangrl Kris and Adam, you need to check out this story For some reason the Kradam community has EXPLODED WITH KICK AWESOME AUs. YOU MUST READ THIS ONE:

miss_begonia
Pairing/Characters : Adam/Kris; with appearances by everyone.
Rating: R
Words: ~18,000
Warning(s): Underage shenanigans. Use and abuse of Harry Potter.
Summary: Harry Potter!AU, in which there are wizards, witchcraft, and wizardry. And a lot of singing.

WHY YOU MUST READ IT: IT IS A FRAKKING FUSION FIC WITH HARRY POTTER. OMFG. THEY ALL ARE WIZARDS THAT GO TO THE "NO BOUNDARIES" SCHOOL FOR WITCHCRAFT AND THEY HAVE MAGICAL SINGING ABILITIES AND THE HOUSES ARE CALLED "MERCURY" "HENLEY" "WONDER" AND "KANYE" (YEAH, THAT'S RIGHT, KANYE HAS HIS OWN HOUSE). OMFG IT'S JUST PURE BLISS AND FUN AND FUNNY AND MAKES YOU GIGGLE. PLUS WHO SHE CASTS AS VOLDEMORT IS JUST PUUUUURFECT (BUT YOU NEED TO READ TO FIND OUT). IF YOU LIKE HARRY POTTER, YOU WILL DEFINITELY LIKE THIS FIC.

It's literally taking hours to upload all of my videos to YouTube, so everything about Comic Con is taking forever. My weekend was just so fucking epic, and I really want to tell everyone in detail, and I really want to show everyone. But here's a preview/overview of what I saw and what I'm going to squee about:

[Women in Sci-Fi Films] Panel with Sigourney Weaver, Eliza Dushku, Elizabeth Mitchell, and Zoe Saldana (who is my new girl crush). The video/audio on this panel went apeshit (so unless Isa has it saved) I don't have a lot of footage from this.
[Terry Gilliam's The Imaginarium of Doctor Parnassus] No footage but detailed notes
[Kick Ass] HOLY SHIT PEOPLE REALLY OMFFFG!!!
[Green Lantern: First Flight] Saw the screening. Good stuff.

[Smallville] Very confused. Actually looked good.
[Supernatural] Whole Panel on Video. EPIC WIN!
[Torchwood] WHOLE PANEL ON VIDEO. WILL UPLOAD THIS FIRST. RUSSELL T DAVIES IS MY HERO; HE WAS SO FIERCE. I THINK HE MIGHT'VE MADE THE FANGRLS CRY.

So that's what's to come over the next couple days!

SO I TOLD MY NEPHEW, WHO'S FIVE, THAT I WAS GOING TO BRING HIM BACK ANYTHING HE WANTED FROM COMIC CON FOR HIS BIRTHDAY. I FIGURED LIKE HE'D WANT A TOY OR SOMETHING. NO, THE KID SAYS, "I WANT BATMAN'S AUTOGRAPH."

THE EASIEST THING TO DO WOULD BE TO FIND SOMEONE DRESSED AS BATMAN AND GET HIS AUTOGRAPH AND TAKE A PICTURE OF IT.

GUEST WHO IS GONNA BE THERE SIGNING AUTOGRAPHES:

I HAVE A NEW MISSION. AND IF THAT FAILS, PLAN B IS TO FIND KEVIN CONROY AND/OR PAUL DINI.

WHAT DO YOU WANT FROM COMIC CON?

Last year I was able to get presents for some people (like, I got Gareth David-Lloyd's autograph for

mystictwilight and I kept feeding my friend information on Watchmen.) Ask for anything - from comics to information to action figures to pictures to autographs. What's the worse that will happen? I won't get it :( S

Note: Wait. Sorry. You CAN NOT ask for Russell's head on a plate. Sorry, that's my line. I love y'all, but I'm not going to jail for you.

So Excited for Sunday! NOT EXCITED FOR THE CONFLICT OF INTERESTS ON FRIDAY AND SATURDAY. But I boxed off the ones that I just *have* to do, no matter how much it pains me to miss what else's happening.

(LOL, "ALL RIGHT, ALL RIGHT, STOP SCREAMING AT ME." GOD ILHSFM)